A single asset deal is in essence a classic GP-led transaction but restricted to one asset. The steps through which it unfolds are very similar to a GP restructuring in that the asset is transferred to a new vehicle funded by secondary investors.

2020 saw a surge in single asset deals because they provide the ideal alternative exit scenario to GPs for strong performing, Covid-resilient companies allowing investors to identify and isolate these opportunistic investment opportunities. According to various studies led by Secondaries Investor, the volume of GP led deals with exposure to a single asset accounted for 9% of the total GP-led market in 2018, which increased to 26% in 2019.

2020 saw a surge in single asset deals because they provide the ideal alternative exit scenario to GPs for strong performing, Covid-resilient companies allowing investors to identify and isolate these opportunistic investment opportunities. According to various studies led by Secondaries Investor, the volume of GP led deals with exposure to a single asset accounted for 9% of the total GP-led market in 2018, which increased to 26% in 2019.

The main opportunities derived from Covid related to single asset deals are rooted in the liquidity need that some LPs are faced with, encouraging them to find a liquidity solution for some of their PE exposure and therefore enabling them to uphold their other pandemic related responsibilities (banks notably). GPs also were constrained by the fact that some of their performing assets needed additional holding time to yield their full potential.

Single asset secondaries have many similarities to a M&A process. In a classical, two-round bidding process, the advisor prepares the marketing materials then approaches potential secondary investors. After the due diligence phase, the best bidder is selected, a SPA is negotiated. The initial fund’s LPs are offered to either cash-out at the proposed secondary price or to roll over to the continuation fund, to which the company shares will be transferred, thereby keeping their exposure to the asset. The continuation vehicle will have an extended lifetime and newly defined economics to align the interests of the manager and the fund investors. Finally, a side pocket can be created with follow-on capital to support the future development of the company.

Although single asset deals are complex and take time and know-how, the benefits can be meaningful for all parties involved. For a GP, a single asset transaction could be a suitable solution if the manager seeks to keep an asset longer than the fund’s life would allow. Many managers faced this situation during the Covid-crisis, when their otherwise goodquality assets’ performance got negatively impacted in the short term and could not achieve attractive exit valuations.

Furthermore, for GPs that wish to hold on to their best-performing crown jewel assets that they spent years developing, a single asset secondary is a good alternative, if they believe that it could deliver even higher value if kept for some more years in their portfolio. In many cases, a secondary transaction prevents a fund manager from selling a top asset to another financial sponsor because of time constraints. Besides, the operation could allow the GP to crystallize carry and to re-invest in the new vehicle, thereby re-aligning interests between the fund manager and the fund investors. Finally, a single asset can also be an opportunity to raise primary capital, if the GP is fundraising through a stapled process.

From the LPs’ perspective, a secondary sale is a good option if they wish to realize their investment by selling their stake and receiving proceeds quickly. These transactions can deliver higher value to LPs than a forced exit to a third party at a lower valuation when market conditions are not ideal. LPs are always offered the choice to cash out or to roll over to the new SPV, if they don’t have capital constraints and believe in the remaining upside potential.

4. The rise of single asset secondaries

Single asset secondaries are quite recent, but their ascent started amid the Covid-crisis which gave an unprecedented boost to this type of secondary transaction.
Fund managers saw an appealing opportunity in single asset secondaries after the first wave of the Covid-crisis, when M&A markets were still hard to tap. In situations where the most likely exit option was a sale to another financial sponsor, GPs often preferred to hold on to their flagship assets and to bring them to the secondary market. Several GP-led operations, especially single asset projects, started as a M&A process and then morphed into a secondary sale because this solution reconciled both the interest of the GP, wishing to keep the asset longer until it reaches its full potential, and the LPs need for liquidity.

With M&A markets less appealing in some segments, single asset secondaries slowly made their place as a fourth exit path beside the classic trade sale, IPO, or secondary buyout options.
At the same time, secondary investors started to pay greater attention to single asset deals: assessing a single company was more manageable than conducting virtual due diligence on a wide portfolio of companies at a time of severe restrictions due to the sanitary crisis. The interest of secondary investors for concentrated situations is on the rise with several funds being raised exclusively for this strategy. Most recently, the Swiss-based, LGT Capital Partners, came to market with a dedicated single asset fund targeting the most attractive companies of high-quality private equity managers. Their fund called Crown Secondaries Special Opportunities II closed at $1.5bn in June 2021.

Many single asset deals came to market since the summer of 2020, mainly involving high-quality and mature assets. Most of them are in the large-cap space, there are some notable mid-cap transactions, such as the secondary single asset restructuring deal initiated by the US-based Alpine Capital on TEAM services group (Homecare solutions). The company was transferred into a continuation fund of $362m value, including $100m follow-on capital, backed by a consortium of buyers. Since then, Alpine launched another single asset deal involving the sale of a company owning advice-focused platforms, called Ingenio. The NAV in this transaction reaches $200m and could provide double-digit returns to Alpine’s LPs (since its spin-off from AT&T in 2013). The US-headquartered Apollo Global Management is reported to be the buyer of the asset.

Single asset deals are complex transactions with several specificities that require special attention. Without any doubt, one of the most sensitive points of a single asset deal is the management of conflicts of interest, as the GP is positioned both as a seller and a buyer: the manager has fiduciary duties to the fund that sells the asset, and simultaneously it is a participant of the buyer group due to its financial interest in the new continuation fund. To address this issue, there are well-established market practices to mitigate conflicts, such as the organization of an intermediated competitive bidding process, massive disclosure of information for all parties, and consultation with the Limited Partner Advisory Committee (LPAC).
Deal execution must follow a well-defined roadmap, foreseeing each step of the commercial, due diligence, legal and closing phases. Parallel to these, a communication plan with regards to LPs has a major importance in the process. The GP needs to ensure the symmetry of information between fund investors and potential secondary buyers, and to make sure all LPs have a good understanding of the liquidity option they’re offered. To lay the groundwork for a successful sale, the GP should be able to present the rationale of such transaction to its LPs, explaining the benefits of a secondary process compared to a traditional third-party exit plan.

Due to their complex nature, most single asset deals are intermediated. Beyond improving pricing outcomes, the role of the advisor is manifold, encompassing the strategic planning, marketing to secondary investors, management of due diligence, mitigation of conflicts, and supporting communication with LPs. An experienced advisor is a pledge of a frictionless process in which the GP’s implication is reduced to a required minimum.

The ascent of single asset deals signals that the secondary market became increasingly mature and institutionalized: GPs start to use secondary sales as a portfolio management tool, LPs can invest in PE funds knowing that it is possible to exit earlier and in good conditions from an initially illiquid asset class, and secondary investors increase their allocation to single asset deals. Several successful deals bear witness to the relevance of these transactions.

At Jasmin Capital, we capitalize on our expertise as a bespoke advisor on single asset deals to secure their successful execution, from the initial analysis and marketing of the single asset to the closing of the transaction, with the prevention of interest conflict and the management of regulatory issues. 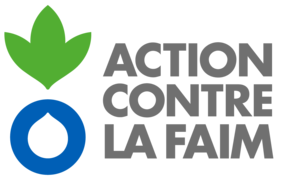 Jasmin Capital made a financial donation to 101 foundation.